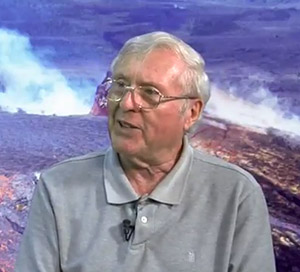 My interests focus on developing an understanding of the basic physics of geologic processes, especially those involving fluid dynamics. In practice this means that I mainly study volcanic systems on all of the silicate-dominated bodies in the Solar System – Earth, Mars, Venus, Mercury, our Moon, Io, and the early-forming differentiated asteroids. However, I have ventured into the study of water floods and mud flows on Mars from time to time. A key factor in developing theoretical models of volcanic – and fluvial – systems has been to explore how the environmental differences (e.g., in acceleration due to gravity and atmospheric pressure) between planets have influenced the morphologies of the resulting landforms. I mainly work in collaboration with others whose skills in fieldwork and image analysis are better than mine.