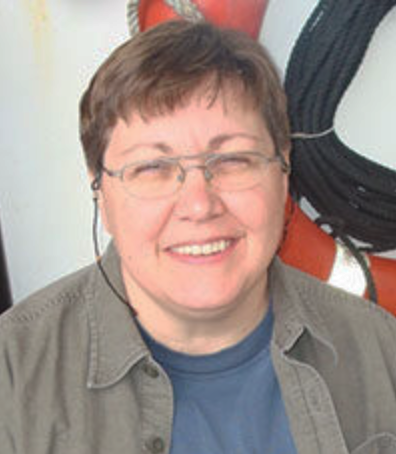 Margo Edwards is Director of the Applied Research Laboratory at the University of Hawai‘i, after serving as its Interim Executive Director since April 2015. In February 2016 she received a second appointment as the Interim Director of the Hawai‘i Institute of Geophysics and Planetology (HIGP), a position she held through August 2017. Edwards is a tenured Senior Researcher in HIGP who previously served as Director of the Hawai‘i Mapping Research Group and as the Center Director of the U. S. Department of Homeland Security’s National Center for Island, Maritime and Extreme Environment Security (CIMES).

Her recent scientific research focuses on the use of high resolution photographic and acoustic data to map military munitions that were sea disposed at the end of World War II. She has also worked on bathymetric and sidescan sonar mapping of the Arctic Basin and the East Pacific Rise. In 1999, Edwards served as Chief Scientist of the Science ICe EXercise (SCICEX) program aboard the USS Hawkbill. In 2007, Edwards was awarded a medal for Distinguished Public Service by the Commandant of the U. S. Coast Guard, Admiral Thad Allen, for her efforts in support of the USCG icebreaker fleet.